Antto Vihma: The Era of Nostalgia

ONLINE LECTURE in the series Beyond Populism, organised by the Finnish Cultural and Academic Institutes.

Nostalgia has become one of the primary driving forces of contemporary politics. Scholars have recently written about a ‘global nostalgia epidemic’, which has unpredictable implications for democracy.

Historically, nostalgia is a quintessentially modern condition, akin to cultural pessimism, surfacing periodically in Western political thought. Restorative nostalgia settled like a cloud over European political thinking after the French Revolution, and it has never fully lifted since. A break in the history of ideas, the new ideas introduced by the Enlightenment, were accused of ‘rotting’ society and the old order.

The presentation analyses the current interconnection between nostalgia and populism. It identifies four drivers of nostalgia. First, technological change, especially digitalisation, continues to revolutionise the lifeworld of modern citizens. Second, the changes in geopolitics stimulate nostalgic politics in both rising and declining powers. Third, the demographic trends of an ageing population, urbanisation, and increasing diversity are shaping politics across Western countries, albeit with varying intensity. Lastly, and importantly, the shift in values that crystallised in the Silent Revolution of the late 1960s is at the heart of current political polarisation. The narrative of a healthy order turning ‘rotten’ as a result of progressive ideas still plays a central role – just as it did in the aftermath of 1789.

However, a nostalgic feeling does not imply that reflective, self-aware thinking is turned off. Nostalgia should not be denied or judged without further consideration: unprocessed nostalgia in particular is politically dangerous.

Dr Antto Vihma (b. 1978) works as a Leading Researcher in the Global Security Programme at the Finnish Institute of International Affairs (FIIA) and functions as Adjunct Professor (docent) at the University of Eastern Finland. Vihma has published widely on global politics and governance, including in leading journals such as International Affairs, Geopolitics and Global Environmental Politics. Vihma has been a Visiting Fellow at the Massachusetts Institute of Technology (2015/2016), US, and SciencesPo (2013), France. Vihma has also hosted a popular podcast aired by Finnish Broadcasting Company (Yle), together with historian, PhD Miika Tervonen. Antto Vihma has been awarded the Emil Öhmann Foundation travel grant and is a guest researcher at the Finnish Institute in Germany in April and May, 2021. 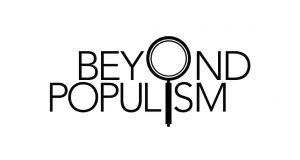